If you intend to invest or simply find out what it is, so many “people” talk about it. Why is it so much attention and investment?

“Note that Bitcoin (BTC) is always a dangerous threat, by its own dark side. This post is for attention only”

But, what sets BTC apart is its decentralization. For more details, let’s take a look at it to learn more!

Bitcoin virtual currency also has unit “Satoshi” after its creator “Satoshi Nakamoto”. Satoshi is smallest unit of this coin. 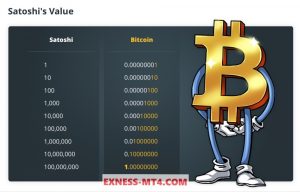 How is BTC different from money printed from other governments?

Before talking about what is difference between them. I will talk about common point first, common point between these two currencies is that they can be paid and transferred between parties. It’s just that simple!

Then what is the other point? Compared to fiat currencies like GBP, EUR, JPY or even USD, they are usually controlled by government or Central Bank.

But for BTC, no one can control it. This is biggest difference of BTC from legal currencies (money printed by government).

In addition, it does not exist in form of coins, paper or polymer like ordinary money that people use. It exists entirely in digital form.

Who is creator of bitcoin?

Bitcoin was created by an individual (or organization) but did not want to reveal his identity, so he took the name Satoshi Nakamoto (but not really Japanese).

When President Donald Trump was president of United States, he was very critical of cryptocurrencies. Because it always sponsors dark acts such as: hacking, abortion, terrorism and many other crimes.

How does Bitcoin work? 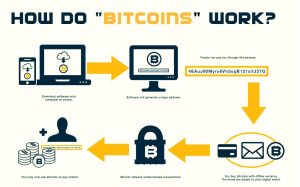 Bitcoin works on Blockchain technology. This technology allows you to transact without having to go through a third party.

Blockchain provides a ledger. It contains all transactions on network. When a trader wants to make a transaction, it is first validated by Miner. The miner here is actually a computer. This machine does verification for transactions. In return, they will receive usual part of BTC.

Then, if there isn’t any fraud, your transaction will be added to this ledger. Means your money transfer is successful.

For example:
You have relatives abroad. If that person wants to send you money, he will have to go to bank or transfer it to your VISA card or an online payment gateway.

When money has passed, you have to go to bank to wait for withdrawal procedures or go to ATM to withdraw. Thus, process of receiving money will take longer.

But if your loved one uses Bitcoin, it’s different. They can still send you money without going through an intermediary.

Just have an internet connection, it only takes 5-10 minutes. They can send you BTC from somewhere in world.

- Copyright and design by Wixman
No Swap Fee on GoldRegister
+ +